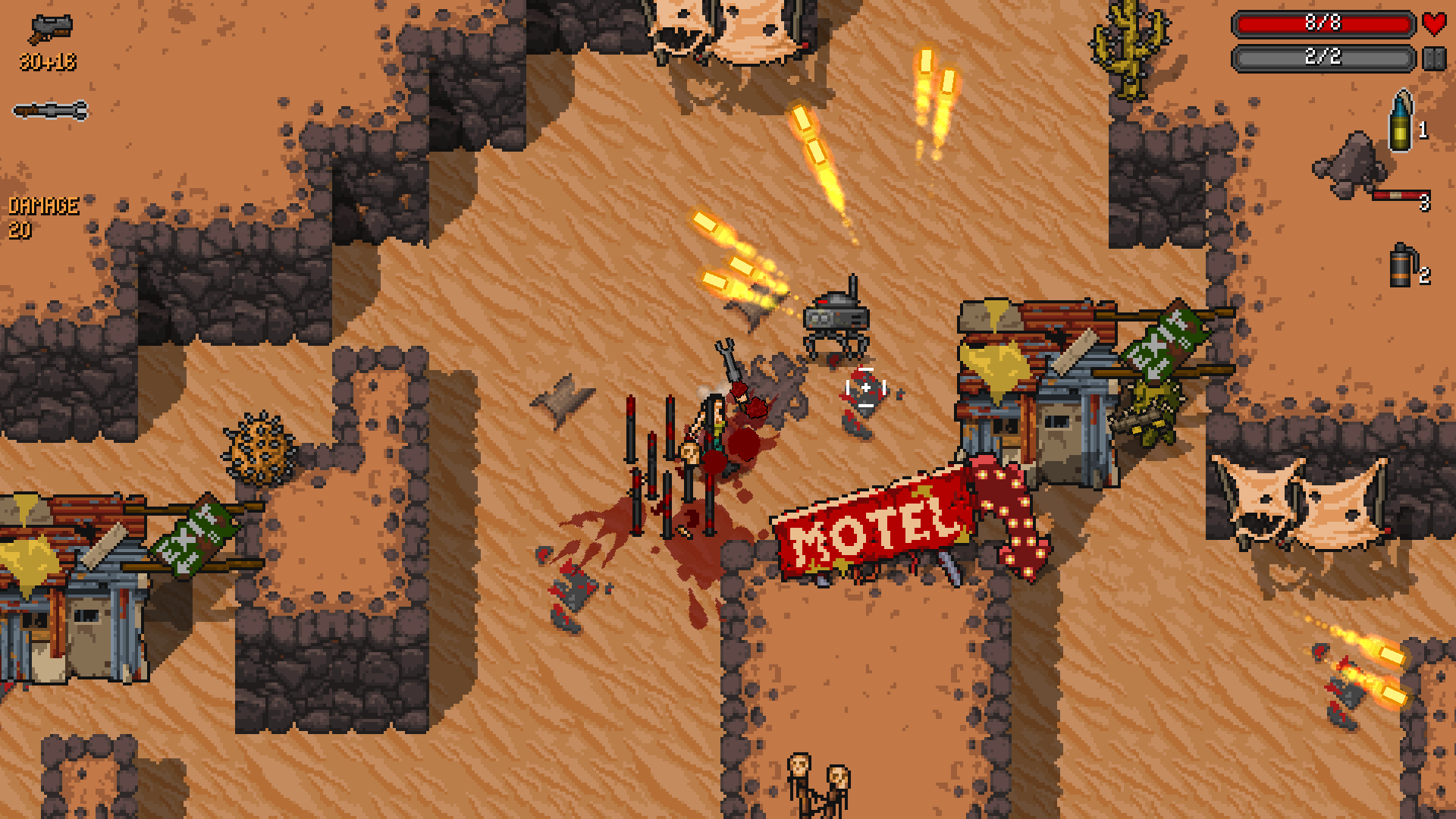 Added some structures to the desert level including tin shacks, a dilapidated camper, and a rusted shipping container.

Shacks can now be entered. When entering a shack a new mini level is generated and the state of the main level is saved. Shops are accessible in the same way.

Added saving and loading of the level state. This means that the player will be able to enter and exit buildings within a given level and the state of that level will be retained. All enemies alive or dead, items dropped, and doors unlocked will be retained. If the player enters a shop building buys a few items, drops a few items and then leaves only to return later the purchased items will still be gone and the dropped items will still be there. This also allows for movement from one floor of a building to another within the same level.